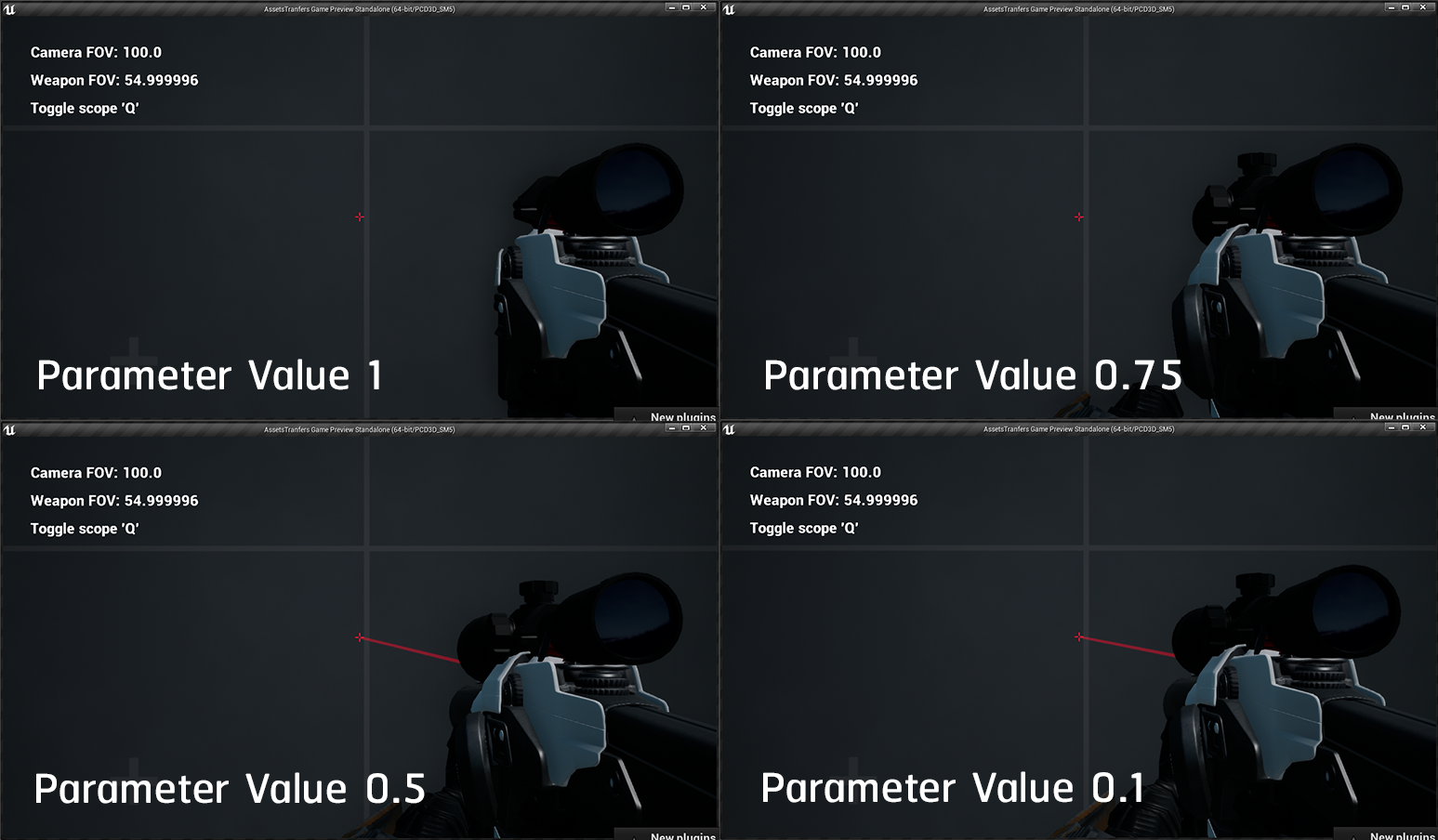 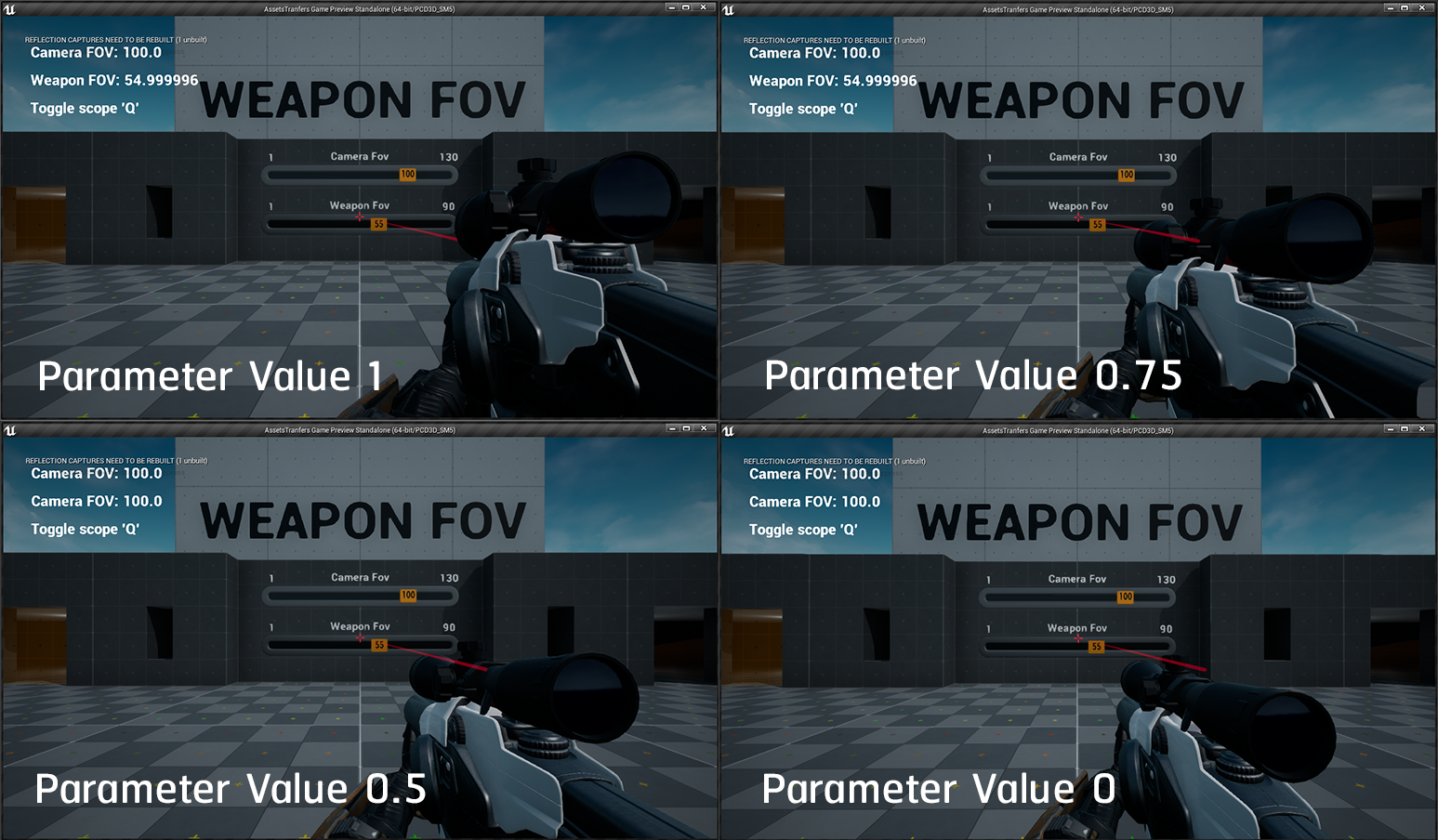 The weapon mesh is disappearing (flickering). Why?

It's a known issue of the engine. Sometimes occlusion culling marks meshes as invisible so they are excluded from the rendering pipeline. It can be fixed by increasing bounds size in the mesh component (Bounds Scale) or mesh asset (Bounds Extension).